“Remember to also protect your building against cyberattacks”

Last Tuesday, Belnet was hit by an unprecedented cyberattack. More and more cyberattacks are occurring in our country and often the consequences are incalculable. In addition to hardware and software, buildings can also be protected against cyberattacks. Vianovix in Zele has developed an application to shield buildings and thus keep hackers at bay. KU Leuven worked on this solution together with them. “With our invisible electrically conductive coating, we make it more difficult for hackers to enter the building”, says eng. Luc Michiels of Vianovix.

An increasing number of companies and organisations are seeking optimum protection against hackers who are after their business information. The significant rise in remote working from home comes with new issues and challenges, especially in terms of network security. At the FMEC lab of KU Leuven campus Bruges, specific research is done on how electronic equipment interacts with electromagnetic radiation and on the protection of equipment.

Prof. Dr. Eng. Johan Catrysse: “Cybercriminals are increasingly trying to break into a company’s network from just a few hundred meters away to gain access to certain electronics and data. It is not that hard to do. Using simple software, they can intercept network signals, capture a computer screen, and duplicate data. You do not have to be an Einstein to sabotage a company’s systems from a distance, without leaving any traces.”

This cyberattack technique is fairly recent and often stays under the radar.  But the consequences are not to be underestimated. “Since we have become more dependent on wireless communication, our electronic equipment has become more vulnerable. With these targeted IEMI attacks, telecommunication and energy networks can be seriously disrupted. Critical sectors, such as financial institutions and hospitals, are frequently targeted. And unfortunately, our existing infrastructure does not offer enough security.”

In collaboration with KU Leuven, the manufacturer of  innovative protective film, Vianovix, has now developed a solution for windows that stops radiofrequency radiation to offer optimum protection for the building as well as the electronic equipment inside. “Studies reveal that windows are the critical point in a building; they hardly block any radiation. Our Spylock coating is specially designed to reduce transmission of electromagnetic radiation from outside. You could compare it to foil on the inside of your microwave. But our film is totally transparent and lets through sufficient light”, eng. Luc Michiels of Vianovix claims.

With this first shielding application, Vianovix mainly aims at the office market and government organisations, as their buildings have large glass surfaces. “With the introduction of 5G and more IoT applications, hackers will have an even better network at their disposal. So, the time has come to prepare our infrastructure for this new form of cybercrime. By placing the coating on existing windows or as an intermediate layer in new glazing, we have a quick and  simple way of armouring the building envelope”, says eng. Luc Michiels.

According to the International Electrotechnical Commission, IEMI is defined as “the intentional malicious generation of electromagnetic energy introducing disturbances into electric and electronic systems, thus disrupting, confusing or damaging these systems for terrorist or criminal purposes” With simplistic and low-cost equipment such as pulsers, these attacks can be launched from a considerable distance, without leaving any trace.
Once again windows are the weakest link.

SO WHAT CAN BE DONE

Research on potential I.E.M.I. attacks show more vulnerabilities with each passing year. That is not surprising considering how our society increasingly uses systems that rely on EM sources. Certain measures as grounding and filtering are usually done but fail in high level protection. Building architectural shielded windows  provide protection. SpyLock conductive films offer over 30dB shielding efficiency. Together with the attunuation  of the reinforced outside walls

I.E.M.I. attacks are blocked completely. Shielded windows from buildings and cars are an absolute necessity in our ever growing digital world.

The vulnerability of failures of modern electronic systems has increased in the last decades by intentional electromagnetic interference. One reason is the increasing dependence on computer networks, wireless communications, microelectronics, other sensitive electonic systems and the strong interconnection between these different electronic devices.

The normal EMC requirements are not sufficient to protect against I.E.M.I. generated by malicious actors in order to disrupt performance of electronic equipement. So they can damage critically important CPSes such as telecommunications, power networks, financial systems, medical care, broadcast media, industrial plants, traffic control systems, food and water supply critical manufacturing, mass transit and many others.

I.E.M.I. was until the turn of the millenium essentially a military concern but have since then generated quite a lot of interest in the civil area. On the other hand, the Internet of Things (IoT) make it increasingly possible to connect more and more components of our physical to monitoring and control devices from smarts grids to driverless cars. This provides a growing pool of increasingly vulnerable targets for attackers. So these new trends increase the threat of IEMI attacks exponentially.

The goal in most I.E.M.I. attacks is to inflict sharp high-voltage pulses capable of temporarily disabling digital systems. It is even possible to take limited control of some devices through I.E.M.I. attacks.Damage from these attacks can range from subtle disruptions that cause data stream errors to massive disruptions that cause total system failure or even irreparable damage.

Although most people view cybersecurity as applying only to protecting systems against remote malicious cyber hackers, it should go well beyond that limitation. Especially when applied to cyber physical systems. It should apply to protection against all threats to such digital systems.In addition, I.E.M.I. attacks leave no physical trace in the equipment, they penetrate or digital trace in the system they compromise. They are hard to detect even by examining system error logs, because error detection systems are programmed to record errors based on normal system operations. Thus, they are likely to misidentify disruptions caused bij I.E.M.I. attacks as internal system malfuction rather than as an attack. 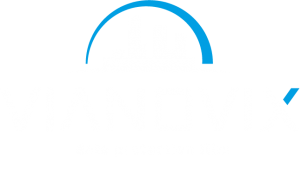